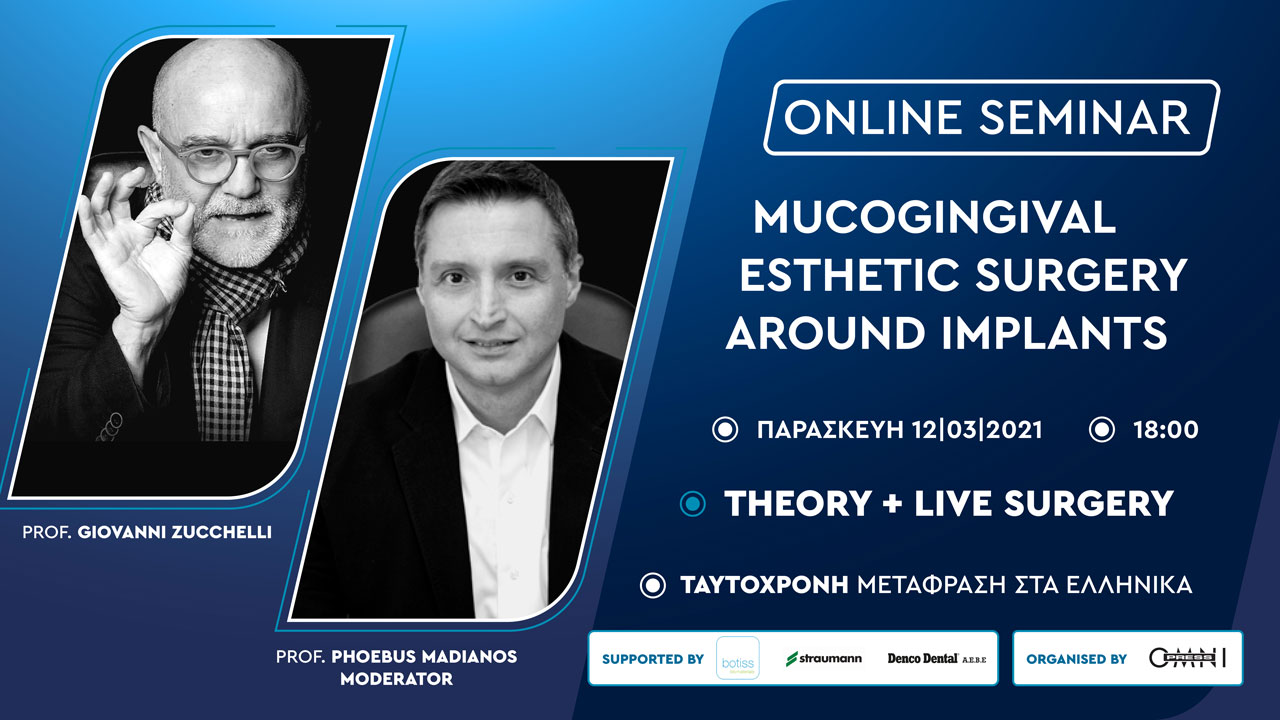 Soft tissue plastic surgical procedures and bilaminar techniques in particular, can be successfully used in combination with a pre and postsurgical prostethic approaches to increase the volume of the interdental soft tissue, to treat buccal gingival recessions and soft tissue dehiscence around dental implants and to provide the new implant supported crown with an esthetic transmucosal emergency profile. A new mucogingival approach applied to delayed or immediate post-extraction implant placement and loading will be presented.

Most of the times soft tissue deficiencies at the buccal aspect of implant-supported crowns are a matter of thickness rather than height. The lack of adequate thickness of the buccal soft tissues can lead to incorrect emergence profiles of the prosthetic crown, which are difficult to maintain from a hygienic point of view; in these cases, the main goal of the plastic surgery is not to increase the height of the keratinized tissues but to augment the thickness of the connective tissue at the level of the peri-implant transmucosal portion. This is achieved with a surgical technique that involves the use of a connective tissue graft covered by a coronally advanced flap.