Managing interfaces between different disciplines and specialties must be considered as one of the biggest challenges in modern dentistry today. At this juncture, the installation of unambiguous communication channels between patient, involved clinicians and lab-technician before, during and after the treatment period is key. To further optimize interdisciplinary treatment concepts, different routes have been tackled in the recent past. Besides a variety of clinical developments, it`s in particular new generation digital technologies that cannot only provide the required communication tools and previously unforeseen diagnostic 3D-imaging techniques. They can
also be used to largely error-free link and merge different treatment steps at the border of variable disciplines with CAD/CAM-fabricated devices such as bi-maxillary splints to explore the final treatment goal in reversible test drives or surgical stents for orthodontic appliances, pre-prosthetic periodontal interventions or tooth replacement with dental implants - the more complex a clinical situation presents, the more valuable these technical innovations can be applied for the good of the patients. This one-day theoretical course is mainly dedicated to communication, treatment planning, timing and teambuilding. Daniel Edelhoff and Otto Zuhr will present a well-established and proven interdisciplinary treatment concept, where besides latest clinical advancements and technical developments, the treatment of complex case examples will be in the center of attention. 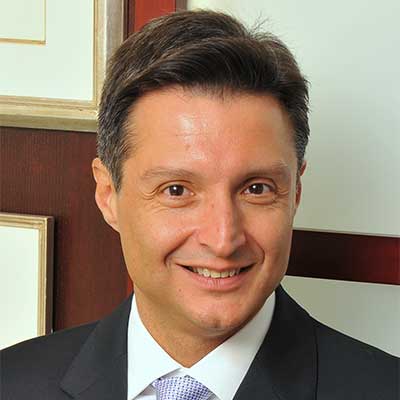 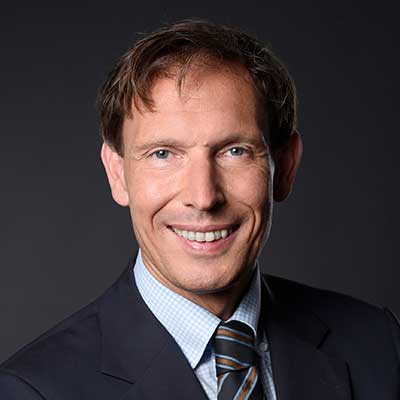 Daniel Edelhoff granted his Certified Dental Technician degree from the Dental technician school in Düsseldorf, Germany. He graduated from Dental School in 1991 and earned his Doctor of Medical Dentistry degree from the University of Aachen, Germany in 1994. He served as Visiting Professor at the Dental Clinical Research Center of the Oregon Health and Sciences University, Portland, Oregon from 1999 to 2001.

He granted his Ph.D. in June 2003 at the University of Aachen and is currently Director and Chair at the Department of Prosthodontics and Dental Material Sciences at the Ludwig-Maximilians-University in Munich. Daniel Edelhoff is board certified Specialist in Prosthodontics and holds membership in the German Society of Oral and Maxillofacial Medicine and the German Society Dental Prosthetics and Biomaterial Sciences (DGPro).

He is Vice-President of the Association of Dental Technology (ADT), member of the advisory board of the DGPro, Associate Member of the American Academy of Esthetic Dentistry (AAED) and International College of Dentists (ICD), as well as Scientific Chairman of the 8th World Congress of the International Federation of Esthetic Dentistry (IFED) 2013 in Munich. Daniel Edelhoff received in 2010 the award “Best Lecture” by the Association of Dental Technology (ADT), in 2011 the award “Best article of the year” by the Italian Dental Dialogue Journal, and in 2011/2012/2013 three awards “Best Teacher” by the dental students of the Ludwig- Maximilians-University and the Bavarian Association of Dentists. Since 2014 he is Active Member of the European Academy of Esthetic Dentistry (EAED) as well as Associate Editor of the multidisciplinary international research journal Clinical Oral Investigations.

Hitting hurdles in hard and soft tissue reconstructions – why do things go wrong?

Designed by Mario Botta and managed with the professionalism of the Athenaeum InterContinental, the Ethniki Asfalistiki (Hellenic General Insurance Company) Conference Center provides a unique space which ensures the successful outcome of every professional or personal event. With industrial design ... 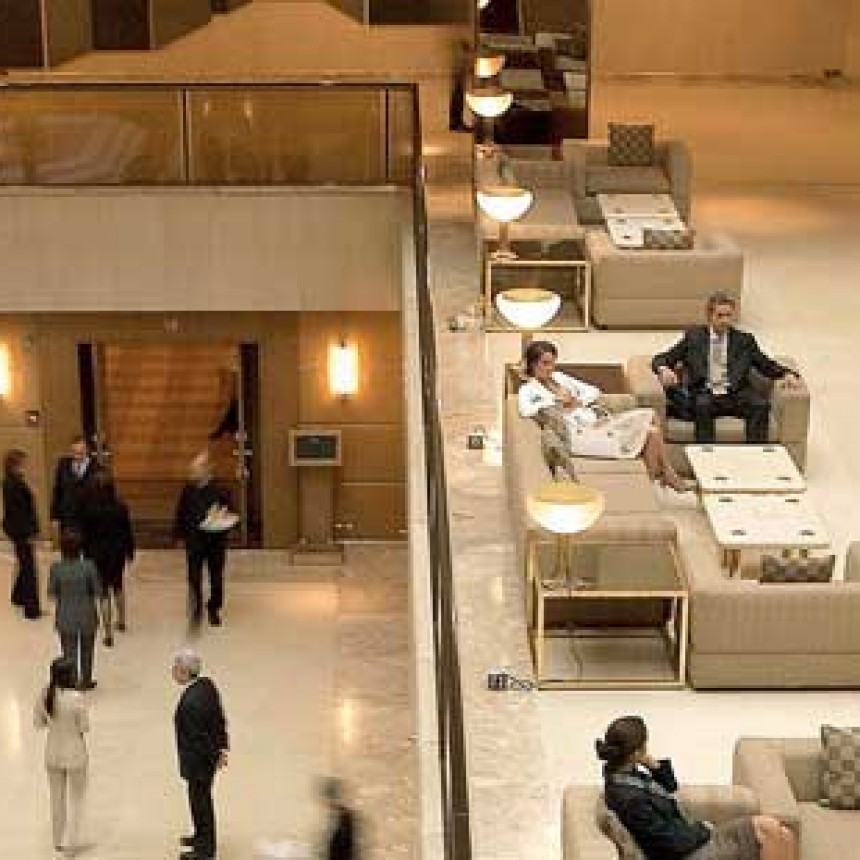 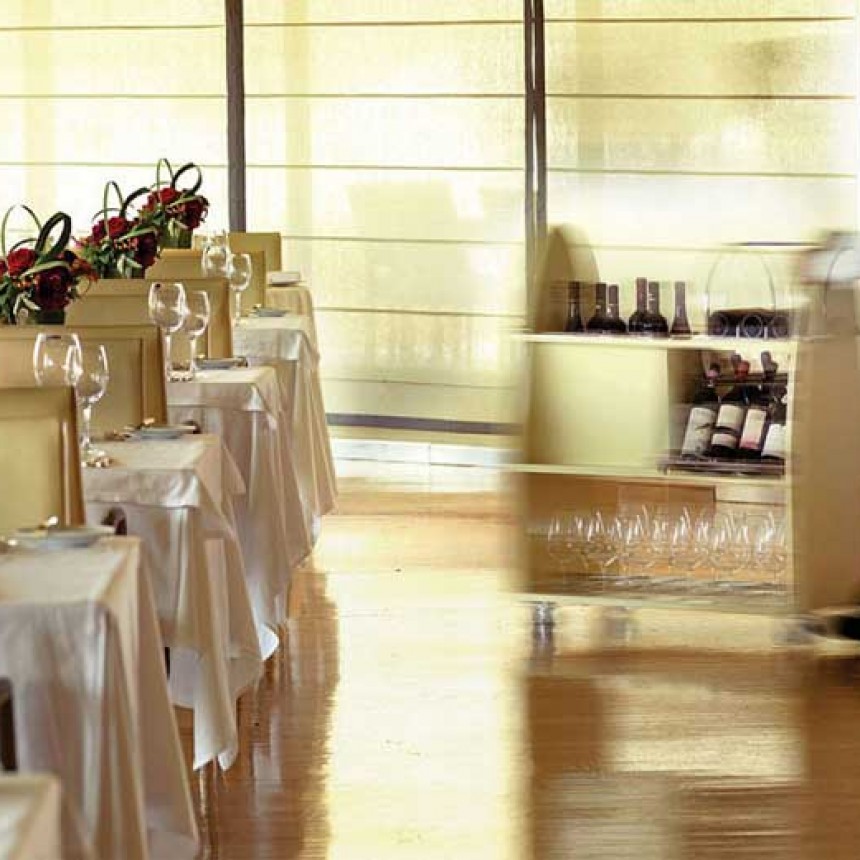 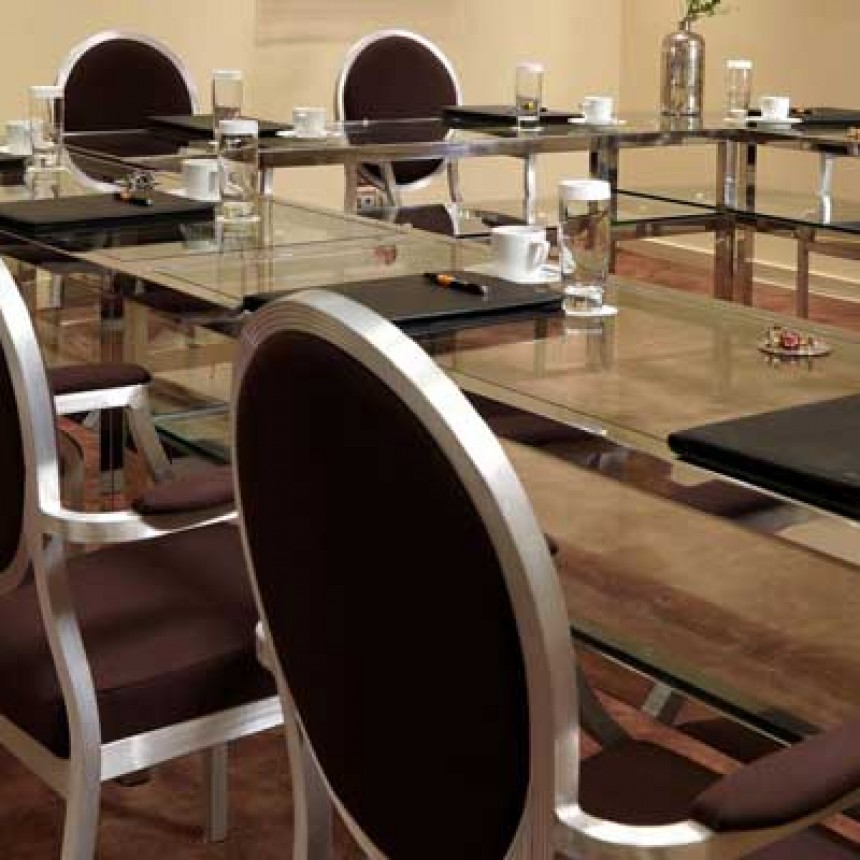 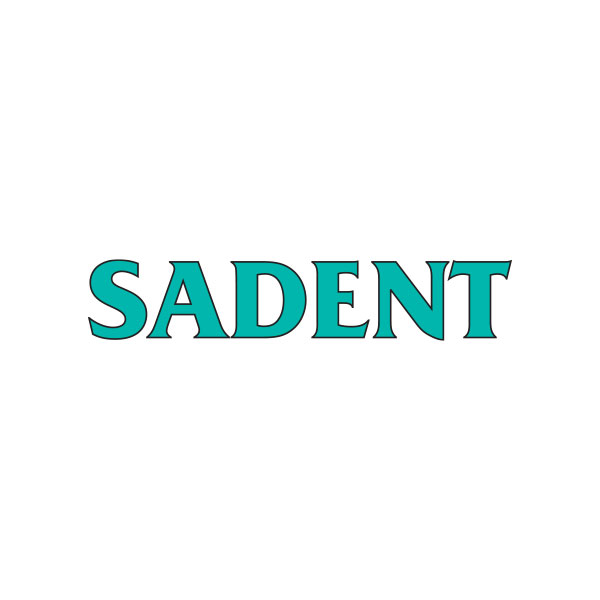 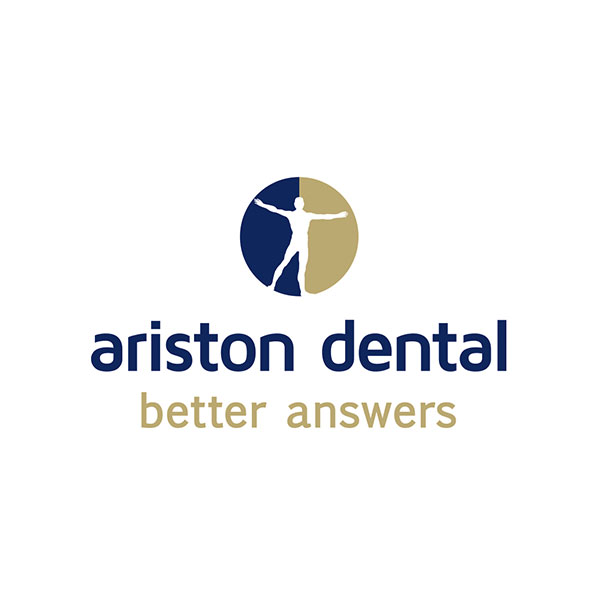 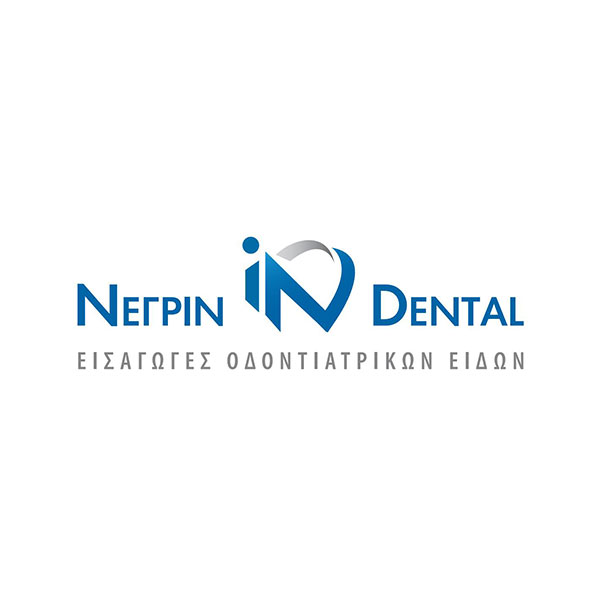 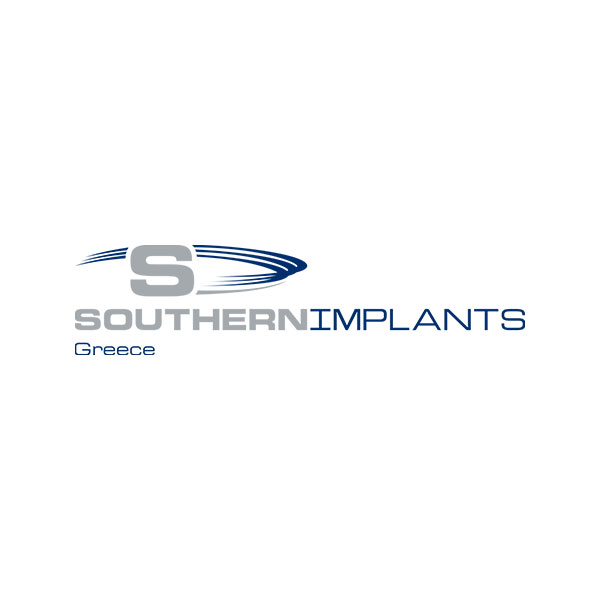 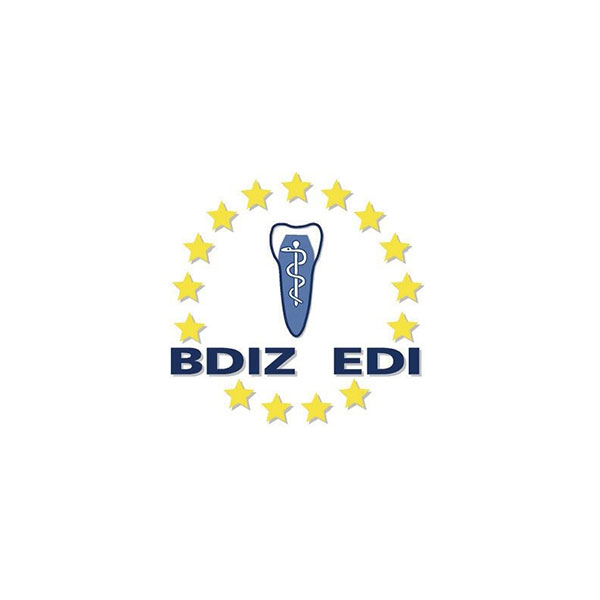 Experience the Past and Present of Athens Located on Syngrou Avenue connecting the cultural and modern center of the city with the magnificent Athenian Riviera. Grand Hyatt Athens offers the ultimate hospitality experience in a city with a heady mix of history and edginess. Feel your heart soar when you first glimpse the “Acropolis” rising high above the city skyline, discover “Plaka” the beautiful and picturesque old city of Athens and live the glamour and serenity of the famous “big blue” stretch of the Athenian Riviera.

553 rooms. 553 more reasons to visit Athens and extend your stay in the city that shaped the great concepts of thought and logic. The city of the Parthenon, Philoppapou Hill, the Odeon of Herod Atticus, Lycabettus Hill, the new Acropolis Museum. The Athens that is bathed in light throughout the year. Within this city so rich in history, the Athenaeum InterContinental unveils the art of hospitality in its spacious rooms, the city’s largest with meticulous attention to detail. Always contemporary, fully equipped, dressed in fine fabrics and superb color schemes. All of the accommodation options, from the Superior rooms to the Presidential Suite, bow to their guests’ needs, and proudly deliver flawlessly upgraded services. 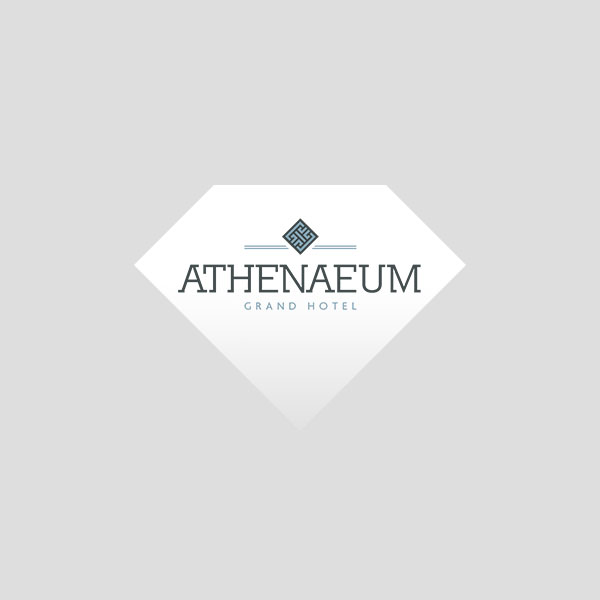 Just a breath from the historic centre of Athens and with direct access to its commercial quarters and beyond, Athenaeum Grand Hotel welcomes you to its brand-new premises with the exquisite modern design where you will enjoy impeccable 4-star hospitality. All 90 rooms provide sheer comfort and the 2 stunning Penthouse suites offer unobstructed views over Athens, while the modern touches in their décor perfectly complete the casual luxury aesthetics that you will find throughout the hotel’s interior. And with their unique amenities all accommodation types turn into private havens ideal both for relaxation and work. Everything that makes your stay in Athens an unforgettable experience is right here at Athenaeum Grand Hotel: A bar and restaurant for delicious dining and refreshing drinks, a fully equipped gym, free parking lot, transfer arrangements, as well as a conference hall for your corporate meetings, and so much more are available for you to enjoy. Discover it all at Athenaeum Grand Hotel in the heart of Athens!

-
OMNIPRESS
Newsletter
Subscribe to learn about dental events, dental news & products.
We use MailChimp as our marketing automation platform. By clicking below to submit this form, you acknowledge that the information you provide will be transferred to MailChimp for processing in accordance with their Privacy Policy and Terms. Newsletters content are about Events, Omnipress magazines, New products & events for dental companies with the ability to change your choices.
SUBSCRIBE!
×
Omnipress will use the form information to provide you with updates. Please select that you agree & that you are over 18 years of age.